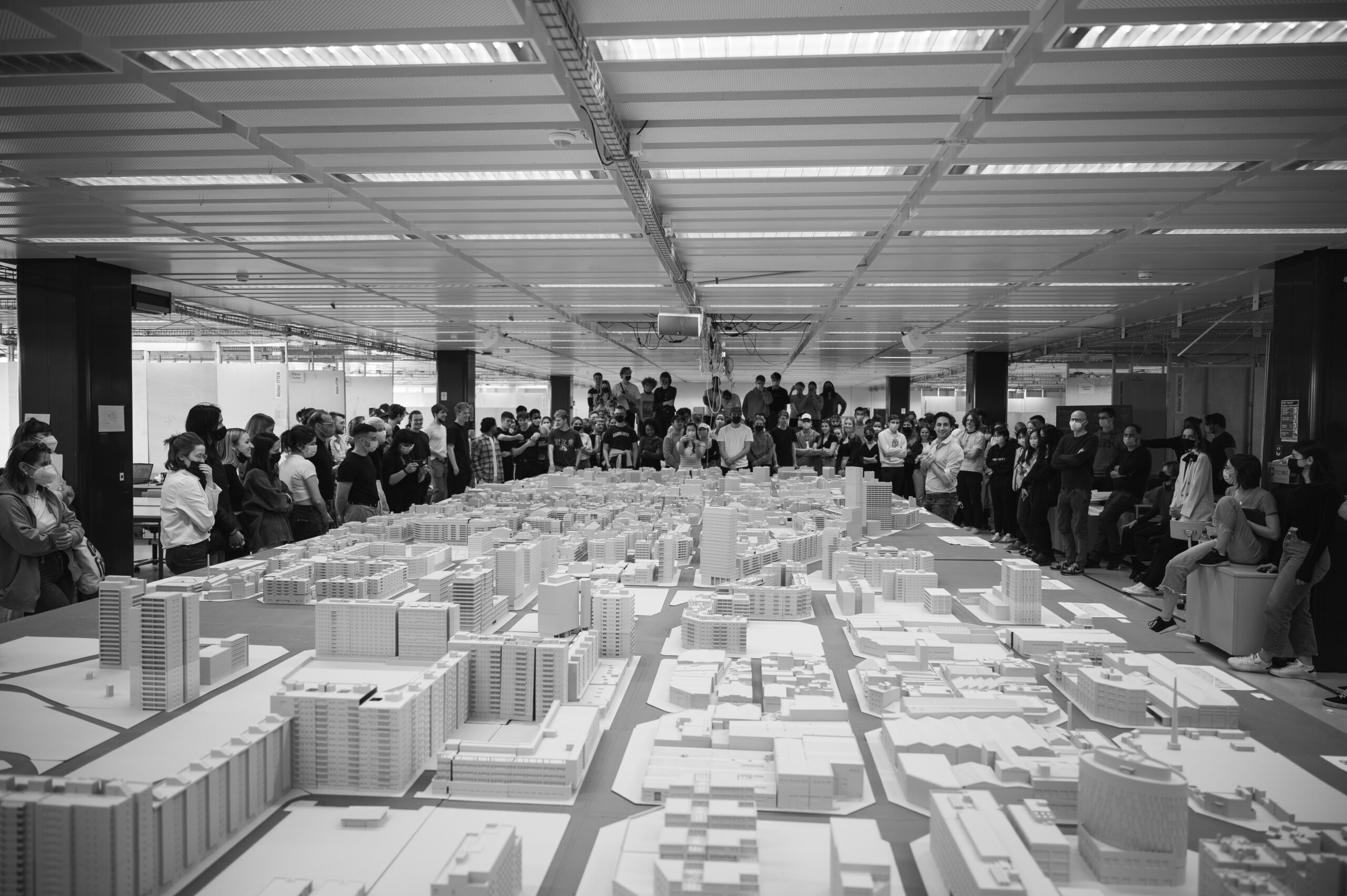 During the seminar week in March 2022, the 300 first-year architecture students worked together to complete the 1:200 scale model of the El Poblenou district in Barcelona.
The students were divided into groups of 2 to 4 people and assigned a plot of land. Using the cadastral plan and satellite images, they modelled their buildings in great detail. They were able to familiarise themselves with the Archi-CAD software, which is very useful in the field of architecture.
The 3D modelling and some of the printing had already been done in the HYTAC Basics FS22 course. During the week, they finished this work, while following daily workshops. They perfected their knowledge of the Prusa 3D printers and the Prusa-Slicer software.

This 14 by 5 metre model was intended to help them in their semester studio with Professor Andrea Deplazes, during which they had to design a neighbourhood in Poblenou.
The students worked together on a single Archi-Cad file thanks to the BIM-Cloud and the collaboration with IDC AG.

Scroll back to top