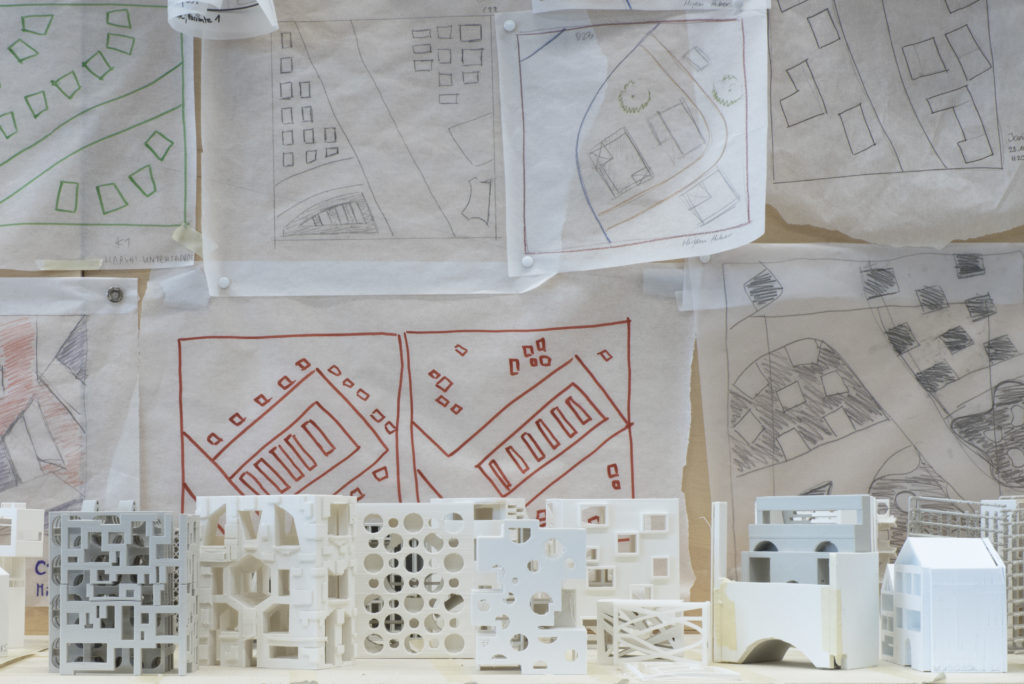 As a culmination of the compulsory Seminar Week of first-year students, an exhibition was installed. By its size alone, the method incentivized the department to continue the pilot project.

The Exhibition showed student made models of two variants of a sketched idea for a city and a series of architectural objects, all of which were originally sketched out in paper, then scanned and modelled.

Hybrid Techniques were used throughout, making fast-produced models a priority. The point was to incentivize the building of working models which are essential for the development phase of the design process. More often than not, the assistants must guess what the students mean, Hybrid Modelling aimed to close the gap between the students and their models, which in turn allowed them to open the spectrum of modelmaking techniques and amount of ideas presented. The students could then decide which one worked better for their personal workflow.